Best Technology Jobs in Australia You Should Consider..

The technology sector in Australia has experienced significant growth over the last few years, particularly in the past decade. Thanks to the internet and modern technologies, the industry has grown exponentially and offers numerous opportunities for people who wish to be involved. The reputation of Australia as a global technology hub has begun to expand, with lots of opportunities for IT-related jobs within Australia that are available in major cities such as Sydney as well as Melbourne. Attracting the attention of young professionals seeking to be a part of the nation’s expanding economics and technological culture. 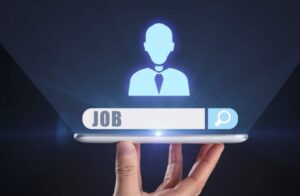 A lot of them have relocated to Australia to find fulfilling tech jobs, specifically those who are employed in the top technology jobs in Australia as listed below. If you’re a seasoned technologist, or just starting it’s important to know about the opportunities before they become available so that you can plan and make the most of them as soon as you can.

Australia is an ideal place to begin if you’re looking for a new job in the field of technology. Australia is home to many of the most renowned tech companies and there are numerous opportunities for skilled workers. Companies such as Amazon Web Services (AWS), Google, and Telstra each have offices throughout the nation. AWS has opened an of its four global regions in Sydney.

According to the most recent data provided by the Australian Bureau of Statistics, the employment market for tech-related workers in Australia is very strong. There were more than 12,000 jobs open to IT experts in January 2019 all by itself. The demand for tech professionals is expected to increase over the coming years, it’s the perfect time to look into an IT career.

The need for tech-savvy experts has never been more urgent than the current situation. The Australian government has predicted that technology will be one of the fastest-growing industries between 2021-2022. There aren’t enough professionals who are certified in the field to meet the demands of the business. According to estimates, 159,000 tech professionals are needed to fill the digital skill gap. To help you narrow choices, we’ve put together 10 of the most lucrative tech jobs in Australia to consider:

The IT security engineer is accountable to design and implement security measures to protect the company’s information and systems. This position requires a thorough knowledge of security concepts and familiarity with different security tools and technologies. The need for IT security engineers is predicted to increase significantly shortly This makes it a good option for people possessing the necessary qualifications and experience. An undergraduate degree in computing or a related field is normally required for jobs at the entry-level. As security engineers require a higher amount of knowledge and expertise as well, they are paid an expensive amount of money. For instance, the median Australian salary is $162,501.

READ ALSO;   High Paying Jobs In The Netherlands For Foreigners In 2022

The IT system architect will be accountable for the design and implementation of computers within an organization. They collaborate in conjunction with other departments to ensure that the system is in line with the requirements of the business. The job typically requires high-level technical knowledge and knowledge of business procedures. The opportunities for IT systems architects are excellent and many companies are looking for people with the appropriate abilities and expertise. It is vital to understand several different technologies such as operating systems, databases virtualization, security and. The median salary for an IT architect in Australia is more than $150,000, and the average in New Zealand, the average is $97,947 according to Glassdoor.

Product managers are responsible for the product’s strategy roadmap, features, and strategy. Product managers oversee the development of products that are new and participate in every phase of the development process from design to shipping and marketing. They collaborate with cross-functional teams to introduce products to the market and to constantly meet the requirements of different stakeholders. Product managers usually are educated in marketing, engineering, or business. In Australia, the median pay for a manager of products is $117,000 annually. The most popular companies that hire product managers are Atlassian, Microsoft, Amazon, and Facebook.

Software is essential to any business’s operation today, and this is evident in the high demand for cloud experts. A typical day for a cloud specialist comprises planning, designing, and implementing computing solutions in addition to taking care of them and keeping them up and running so that they can function at their best.

You’ll be in charge of creating and maintaining the company’s cloud computing strategy as an engineer in the cloud. This is a crucial role in ensuring that data is properly backed up and safe and that apps are accessible via remote access. Cloud engineers usually have degrees with a degree in IT as well as computer science and the prospects for employment are great, with a lot of businesses looking to shift their operations into the cloud. It is not surprising that salaries differ according to your level of experience and the location. According to Glassdoor the median salary of a cloud engineer in Australia is between AU$115,000 and NZ$109,000.

When you become a data scientist you’ll be in charge of analyzing and interpreting data to assist organizations in making better decisions. The career prospects of a data scientist are very good because companies of all kinds depend on data to guide their decisions. Candidates with math, engineering, and computer science degree are the best at achieving success in this position. To be considered for a Data Scientist position with a company, the applicant must be proficient in statistical analysis tools like SPSS or R as well as programming languages like Python or Java and databases like SQL Server or Oracle; and the mathematics behind modeling, such as regression analysis. According to Glassdoor Data scientists can earn up to AU$115,000 per year within Australia while NZ$88,000 is the norm in New Zealand.

In a report published by Tech Crunch, users spend on average 4.2 hours per day using their phones, which indicates that the need for developers will keep growing as users become dependent on their mobile phones. Mobile developers can expect to earn a decent salary and also have a good chance of securing a job. Experience increases responsibility as well as opportunities to progress into managerial or software development positions. The average Australian salary for mobile developers could be more than $100,000.

If you’re looking to pursue an opportunity in technology that offers excellent prospects and satisfaction, consider being a UX designer. It’s a broad job that involves conducting user research, testing, designing wireframes and prototypes, as well as designing better user experiences and user experiences. As a UX designer, you’ll be accountable for creating user-friendly experiences that are unique to websites and applications. The opportunities are very good and the need for UX designers is predicted to increase by 22% over the next 10 years.

Additionally, you could make a great salary, and the typical UX Designer in Australia makes $85,000 per year. One of the great things about this profession is that it gives you a wide range of options and possibilities for creativity. You’ll not only have to design stunning interfaces for apps or web pages however but you may also be required to study the customers of your business or market and develop prototypes for products before when they’re designed. You may need to write code! Based on Glassdoor, Australian salaries for UX designers make, an average of $90,000 per year. In contrast, New Zealanders make the equivalent of $80,000 working as UX/UI designers.

As technology advances and advanced, the abilities required by front-end developers are also growing. For instance, WebGL allows for real-time 3D graphics on websites that do not require plug-ins. This requires programming abilities. In addition, web development has become highly collaborative because of the popularity of open-source platforms such as GitHub. It’s not unusual for businesses to have an internal team that is working on a site and outsource another’s development and design work.

Additionally, front-end developers may concentrate on certain areas, for example, UI designs or back-end design. According to Glassdoor the salaries for front-end developers in New Zealand average $73,973, however, in Australia the average is $90,000. If you’re seeking to become an experienced front-end developer, but don’t know where to begin read this article on Ways To Learn Front-End Development that isn’t free (but worth it!)

To be able to get these kinds of jobs, and other similar ones it is necessary to have prior experience and a valid type of industry-approved certification. If you’re not an Australian or New Zealand citizen, appropriate permits for work will be required. The above is about the top-paying jobs in Australia. This is it – 10 of the most lucrative jobs in technology in Australia which are both exciting and highly sought-after. With such a variety of choices available you’re bound to find an opportunity that is perfect for you. So, what are you wasting time doing? Begin your search now! With all the opportunities available do not let them pass you by.

Keep in mind that your dream job might be waiting for you! All you require is dedication and persistence. If you happen to be rejected by one chance Try not to fret too much because you will get a better opportunity shortly. Be positive and keep thinking positive thoughts about the possibilities ahead. You never know. Your next story of success could be right across the horizon! 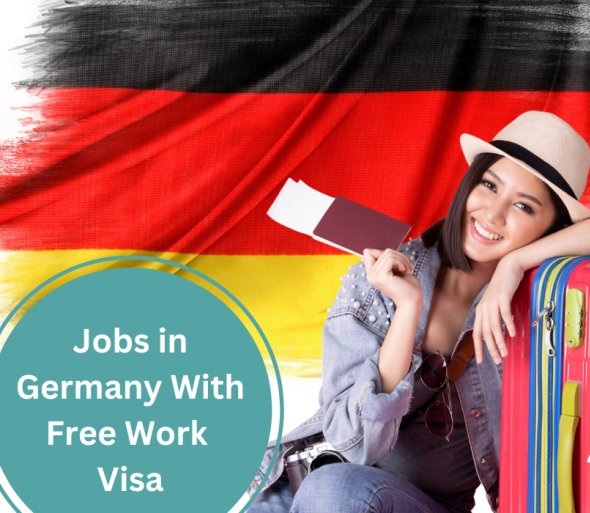 Apply For Jobs In Germany With Free German Work Visa 2023.. Do you wish to immigrate to Germany to work there? Are you trying to find any trustworthy information? So you’ve come to the right place, then. Spread the love          READ ALSO;   European Union Traineeships Program 2023 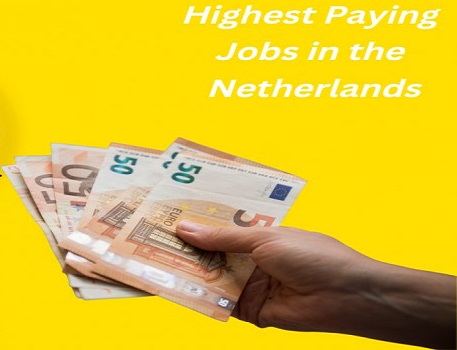 High Paying Jobs In The Netherlands For Foreigners In 2022..  This is the list of the high-paying jobs in the Netherlands, ranked by salary, was created using information gathered from verified sources. Spread the love          READ ALSO;   World Bank Group Summer Internship Program 2023 For Young Professionals 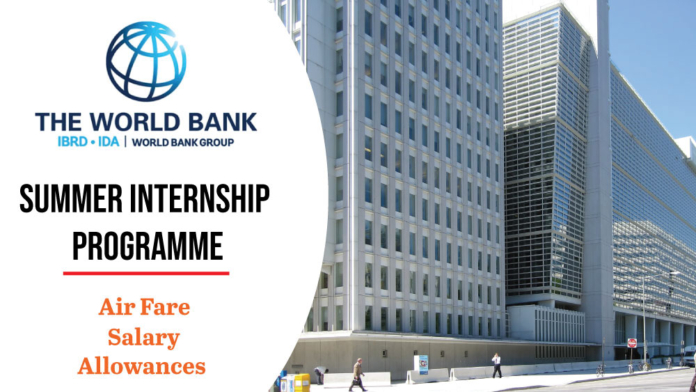 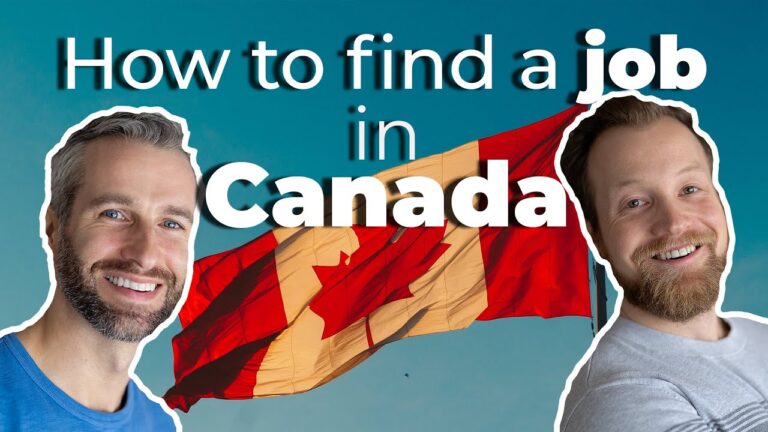 Canada Jobs You Can Do Without A Work Permit In Canada..  Contrary to the belief of many, that you need to have a job permit before you can be offered any job in Canada, this is quite not true. Spread the love          READ ALSO;   European Union Traineeships Program 2023 Canada Government Jobs For Immigrants..  Because you’re on this post We believe that you are looking work in Canada particularly as an immigrant.  It is a good thing that this is possible. The Canadian Government is supportive of immigrants in Canada and has a policy in place to provide jobs to immigrants looking to migrate…